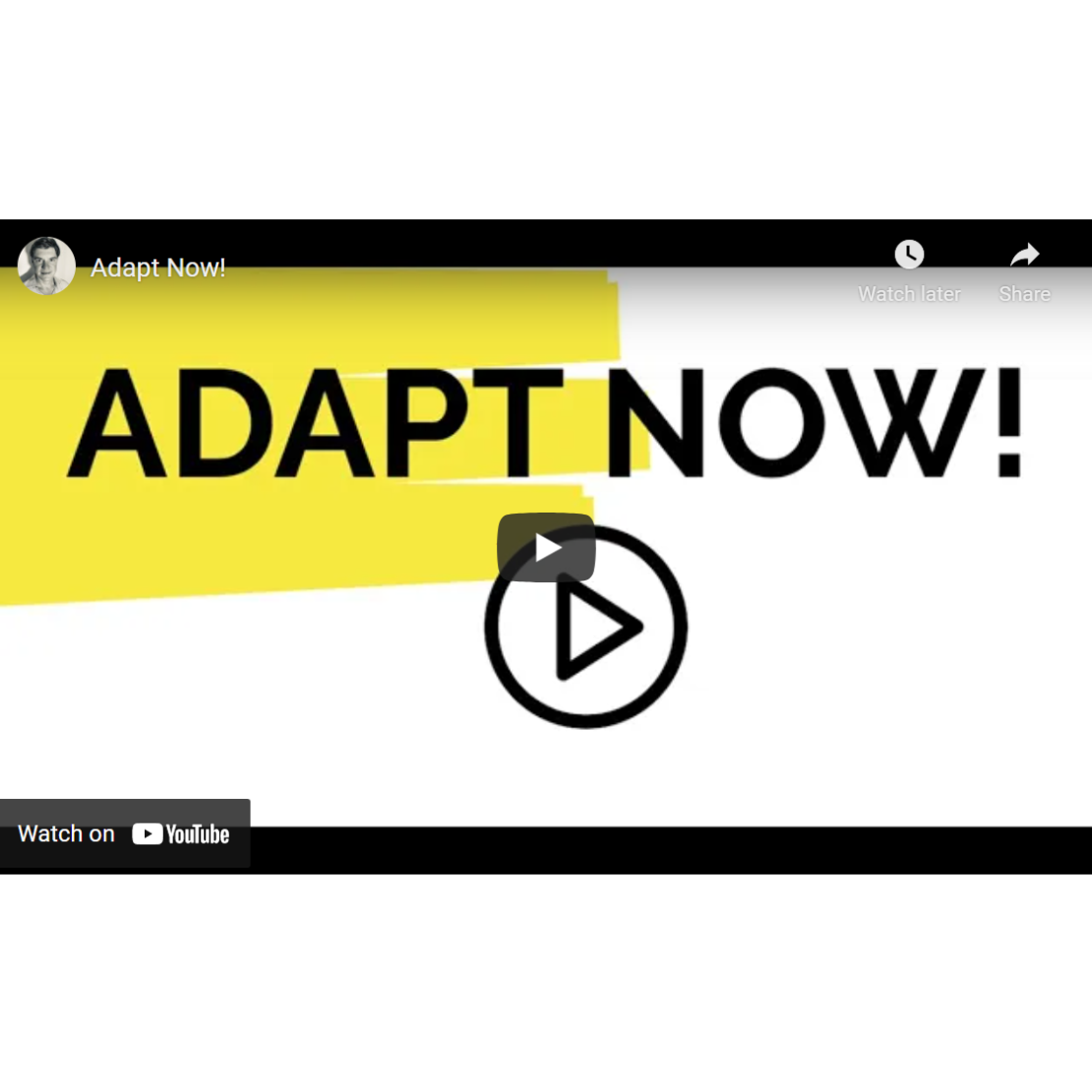 Sunand Prasad is in Glasgow this week for COP26, and will be sharing his thoughts from the conference throughout the week.

In the middle of the urgent drive for net zero, there is a risk of neglecting adaptation. That is why I decided to take the overnight coach from Victoria (all other routes sold out) to be in Glasgow for the 10am start of Adapt Now! Put on by OnePlanet and Climate GENN. Chaired by Pooran Desai, the panel included: ex-Government Chief Scientist, Sir David King of The Cambridge Centre for Climate Repair; Alice Hill, former advisor to President Barack Obama; Jakapita Kadanga from Fridays for Future, Namibia; and Kevin Anderson from the Tyndall Centre for Climate Change Research.

The basic premise presented starkly by Kevin, David and Pooran is that there is no chance of limiting temperature rise to 1.5°C and even if the unlikely happens, climate change driven disruptions much bigger than we are already seeing are now inevitable. As well as greater floods, droughts and fires there is the threat of a ‘breadbasket failure’ – the loss of grain production, for example, that would lead directly to famine in already highly stressed regions and to empty supermarket shelves in the first world. Accompanying all this will be climate driven mass in migration.

Kevin Anderson has made it his business to examine the numbers on the spreadsheets that forecast the effect of national commitments to emissions reductions. His assessment (pre-COP) was that the climate is headed for a 4°C warming. If that happens ‘we are cooked’ in David King’s words. There was general pessimism about the likelihood of sufficient action by governments.

A bracing start, then, to my week at COP26. But it sure reinforced the need to face up to adaptation and the tricky issues that throws up. Unlike mitigation, adaptation is effective locally and not so dependent on every part of the world taking action, as net zero is. With adaptation you can’t say ‘what’s the point in the UK committing to net zero when much larger countries are not taking the action needed’. Resilience is local. So that may encourage more to act. However, a focus on adaptation may be accompanied by fatalism about net zero. It may, perhaps, even threaten the popular mobilisation that is under way to pressure the powerful, by many around the world, to fully use the 12 years that we have to make a decisive change (Intergovernmental Panel on Climate Change report 2018).

Mitigation and adaptation – zero emissions and resilience – are just two indivisible parts of repairing the world. Perkins&Will has joined the UNFCCC Race to Zero and are joining the Race to Resilience. According to the UN, Race to Zero now covers 25% of global emissions and 50% of GDP, and we need Race to Resilience to be as widely adopted. Without mistaking such pledges for silver bullets.