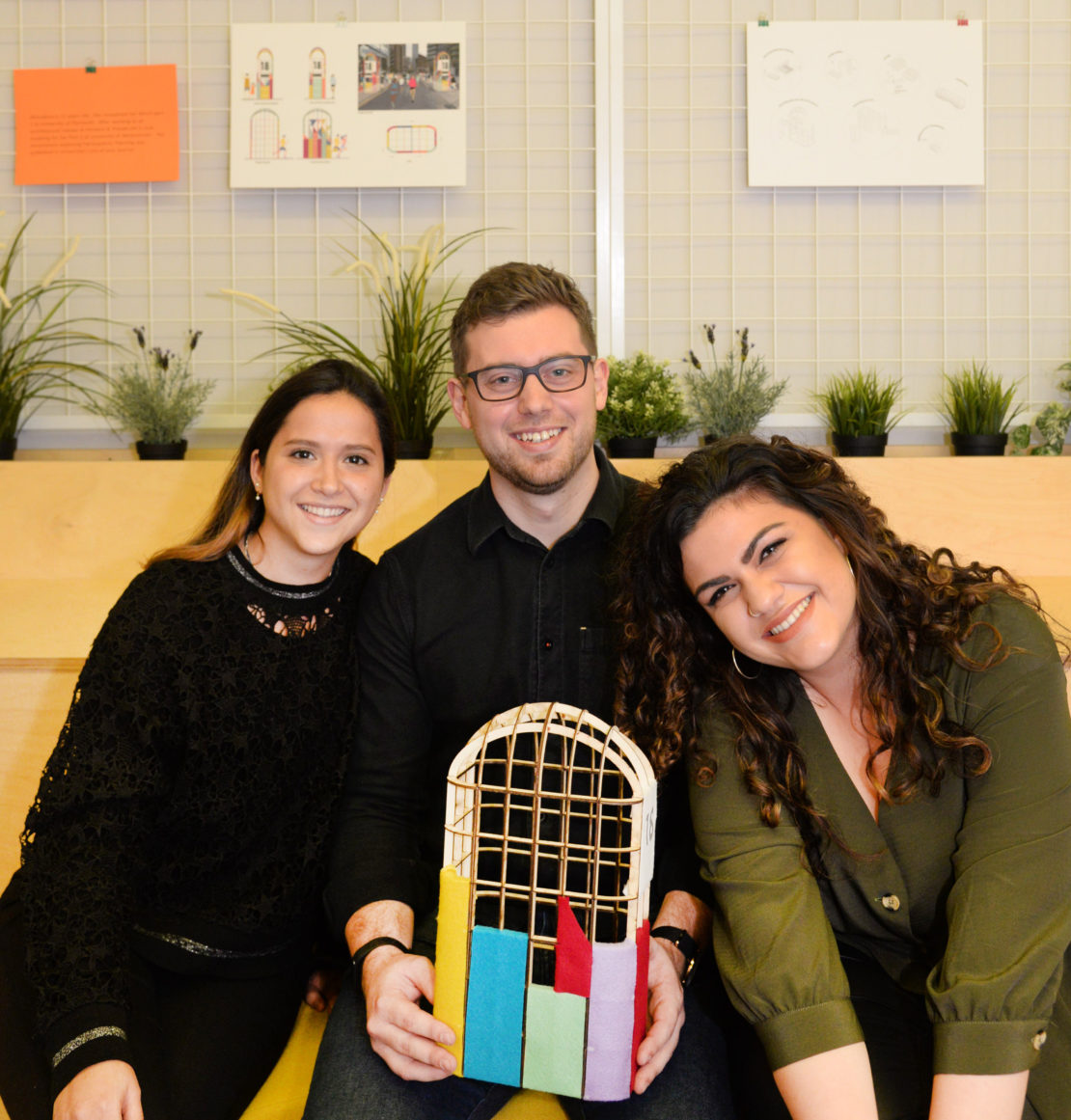 The competition builds on the success of last year’s ground-breaking competition to design the Mile 18 Marker, in celebration of the first national Stephen Lawrence Day. It provides a rare opportunity for young architects to have their design built and showcased at the world’s most popular marathon, where their design will be seen by more than 43,000 runners and a TV audience of millions in more than 190 countries across the globe.

Nearly 40 teams took part in the competition, and Matt, Almu and Nefeli’s design was among the 10 shortlisted. The winning design – developed by four Part II Architecture students from the University of Huddersfield School of Art, Design & Architecture – was announced at the launch of an exhibition showcasing the work of the shortlisted teams.

The intention is that the mile markers will also be used in future years – supporting London Marathon Events aim of making the event as sustainable as possible.

The competition was launched on Stephen Lawrence’s birthday and reflects Stephen’s own aspiration to pursue a career in architecture as well as his love of running.