The Renaissance Hotel is situated on a three quarters of a hectare site – a spatially prominent and historically significant position at the eastern end of Deansgate. Facing the Cathedral and historical Medieval Quarter and along the edge of the retail district, the site is bounded by the river Irwell, which is a full two storeys below street level.

Our scheme aims to bring out what is most attractive and compelling about the site while fulfilling the client’s ambitious brief: 800 apartments, a hotel, retail and a new public space. It makes manifest the potential beauty of the river edge that has been long hidden, and connects places previously separate.

A colonnade runs at ground and first floor levels along Deansgate, connecting Blackfriars and Victoria bridges, and through this colonnade will be glimpsed the river and the public terraces leading down to it. Two towers mark the two bridges and other apartments and the hotel above the colonnade play off the cornice line of Deansgate. The elevations are a composition in high performance glazing and terracotta with fins in an arrangement reminiscent of warp and weft on looms.

We have approached the making of what must become a distinguished, attractive building and place in the city by thinking about how they will be experienced from within as environment, from nearby as tactile encounter, from middle distances as part of an urban composition and from afar as part of the skyline – large scale modern buildings that people will love. 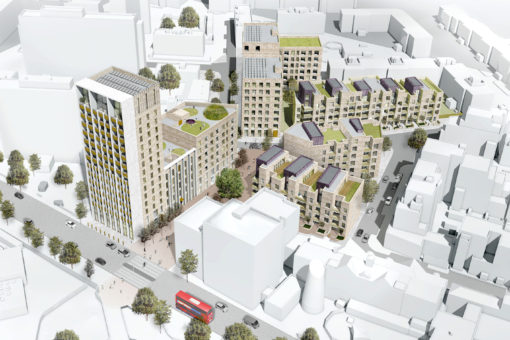 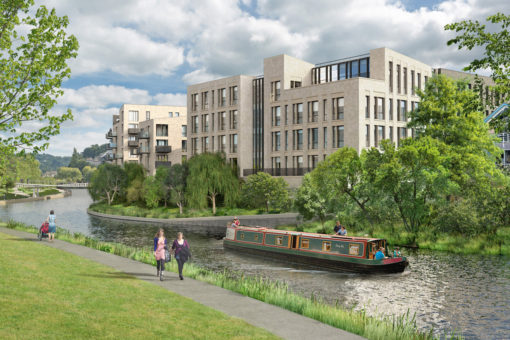 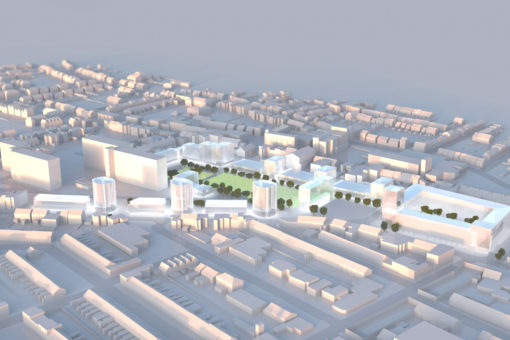