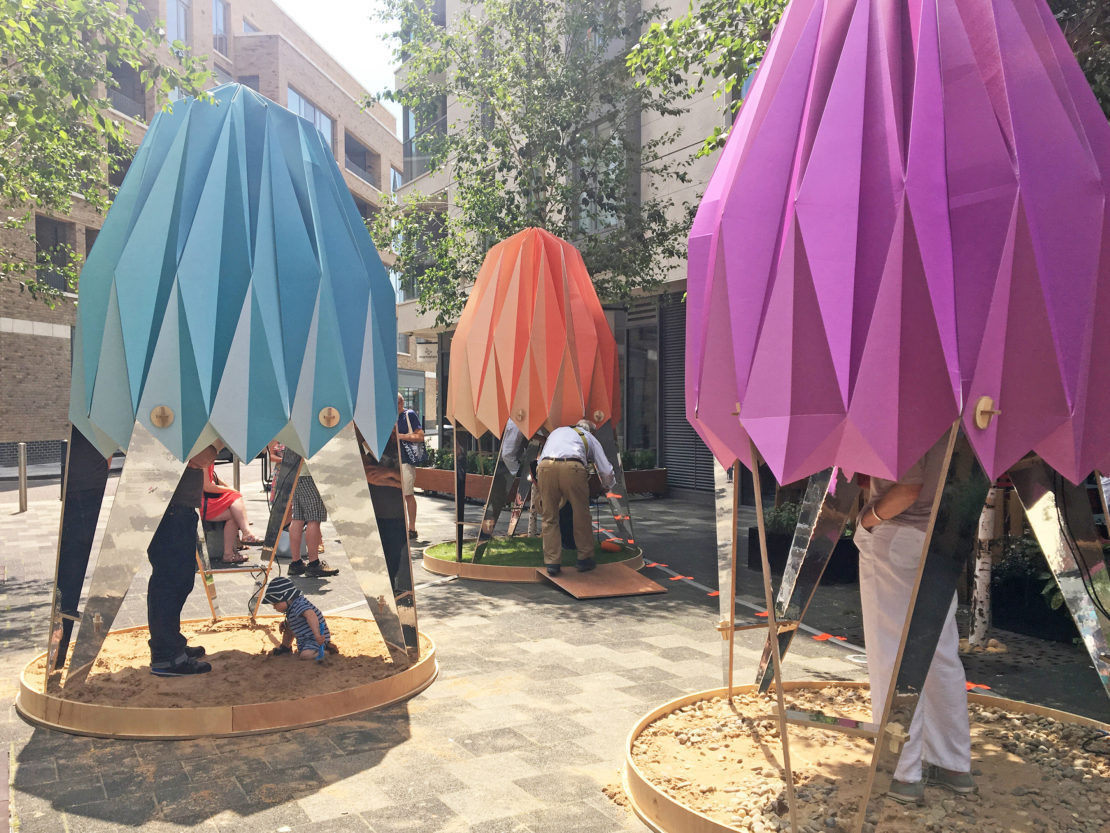 As part of our #LFA2017 event at Rich Mix Square on 17th & 18th June, Raha Farazmand and Richard Schunemann have both made films that were shown inside our sensory installation.

Our installation will invite participants to imagine a striking moment during their life in London when they were completely present and asks ‘what could they see, hear, smell and feel?’ This experiential installation, comprises a series of colourful, folded paper enclosures where visitors can experience other Londoners’ striking moments via Raha & Richard’s films, which were projected inside the enclosures.

Raha, Architectural Assistant at Penoyre & Prasad, has made two films and said, “The films explore the interchange between memory and daydreaming within the context of London, reflecting on Gaston Bachelard’s Poetics of Space and using fragments of recollected memory.”

Richard Schunemann, Architect at Penoyre & Prasad has made a film titled ‘Echoes from the Past’. He describes his work as “A short film exploring the complexity and haziness of memory. Confusion and disorientation are present in all of our long term memories, what happens when through the haze there is just nothingness?”

Our interest in exploring these sensory qualities arises from our experience of designing for people with dementia; when you have less control of your memory, the present moment and your comfort and delight within it becomes critically important.

London Festival of Architecture runs from 1 – 30 June and is Europe’s largest annual architecture festival; 2017’s events explore the theme of ‘memory’. The festival celebrates London as a global architectural hub, provokes questions about the life of the city, and promotes positive change to its public realm.