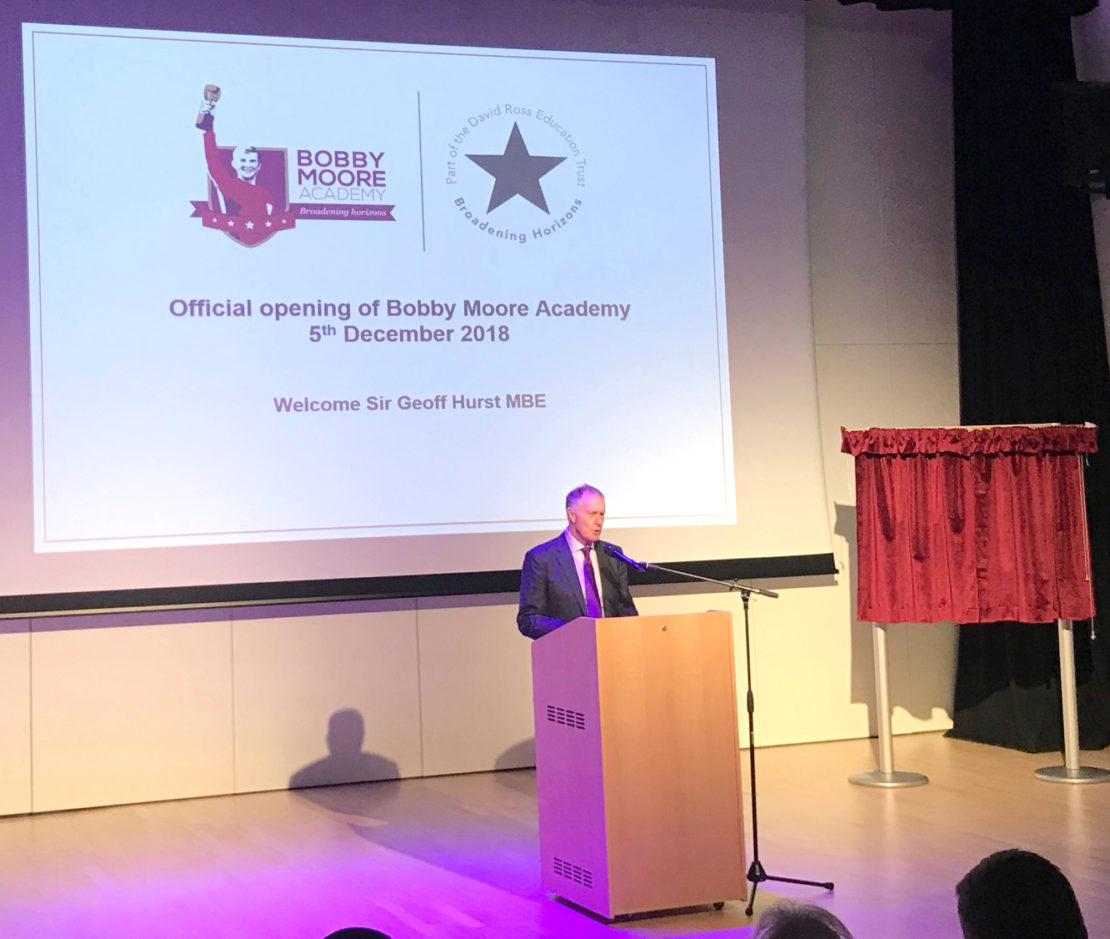 The Bobby Moore Academy Secondary School was officially opened today by David Ross and Sir Geoff Hurst MBE, who under Bobby Moore’s captaincy of the England team at the 1966 World Cup Final, scored the hat-trick that beat West Germany.

‘From spending time here today with students, parents and teachers, the sense of community pride there is in Bobby Moore Academy and excitement about what this school will do for generations to come is clear for all to see.

It is a tremendous privilege to open this fantastic school in Bobby Moore’s honour. Bobby would be proud to have his name associated with a school just a stone’s throw from where he grew up.’ Sir Geoff Hurst MBE.