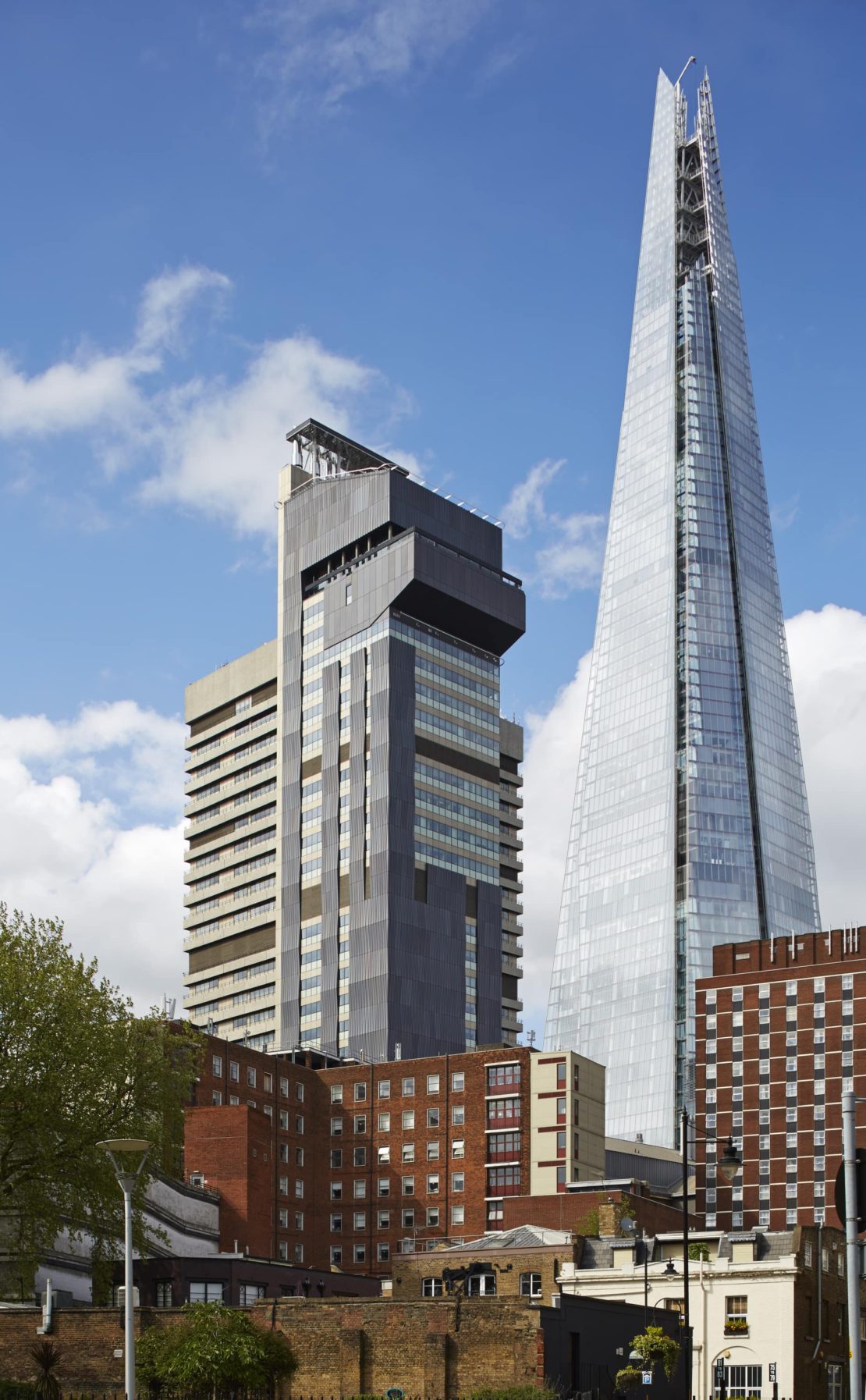 A £40 million programme of repairs and environmental improvements and the addition of a light sculpture have secured its future for the next 30 years.

It needed a complete overhaul after a feasibility study revealed severe deterioration of the Tower’s concrete façade, failing windows and inefficient environmental performance. The solution included replacing the windows and cladding the façade in energy efficient aluminium that will potentially save 18% of the Tower’s energy consumption. The challenge was to carry out this work with minimal disruption while the Tower continued to function as part of a busy city hospital.

‘A Day in the Life of Guy’s Tower’, by Guy’s & St Thomas’ NHS Foundation Trust can be seen here.