Sunand Prasad’s ‘Greenhouse Gas’ work during his Cape Farewell voyage to Disko Bay in Greenland was re-installed at the Ballroom art gallery in Marfa, Texas as part of an exhibition called Carbon 13.

It depicts the volume of 1 tonne of CO2 which is what the average US household emits per week. Also presented in the exhibition was Penoyre & Prasad’s Retrofit for Living project, which dramatically reduces household carbon.

Marfa was made famous in the art world by Donald Judd who set up base there in the early 1970s. 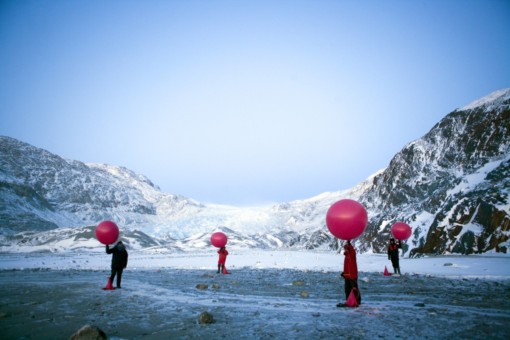